For the celebration of the corn festival (dia del maíz) I had the honour to build a large Quetzalcoatl alebrije, as well as two large piñatas. 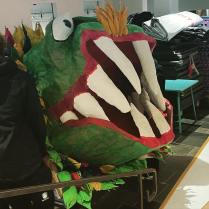 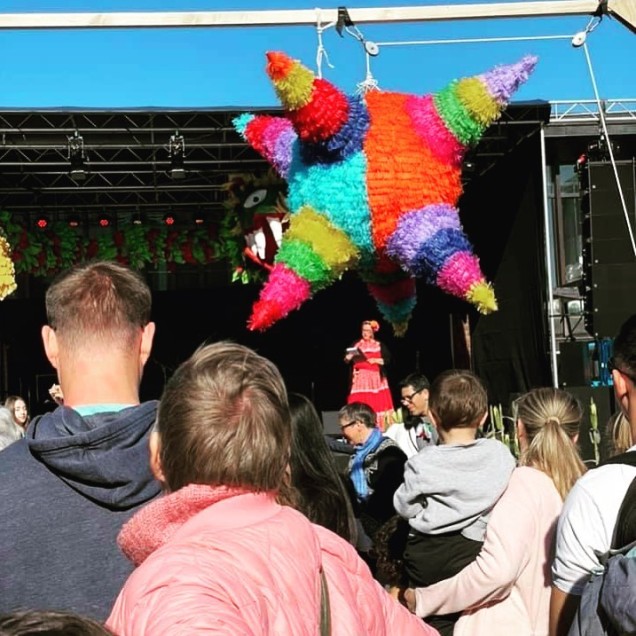 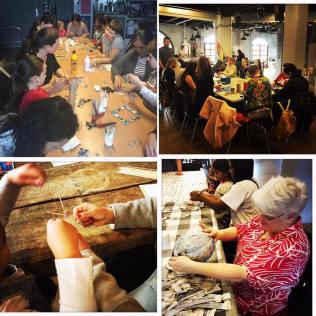 As part of a series of events inspired by Latin American culture, we organized a Christmas market in the heart of Gothenburg City, where locals with either a Latin American background or Latin American enthusiasts sold handicrafts, food, books, and performed tango and live music. 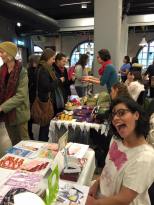 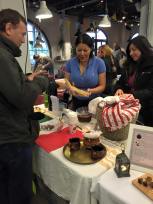 The documentary “Daughter of the Lake” covers the impact of the mining industry on the locals and the nature in Cajamarca, Peru.

After the film, the audience got to meet the film’s protagonist, Nélida Ayay Chilón, and the film producer Núria Frigola Torrent. The audience also got engaged in a discussion about the film and the mining issues in Peru and other countries of the world.

It was a very valuable experience for me to meet those two amazing women, and it was especially inspiring to hear about Nélida’s activism for women’s rights and the struggle for water in Cajamarca.

The event was arranged by 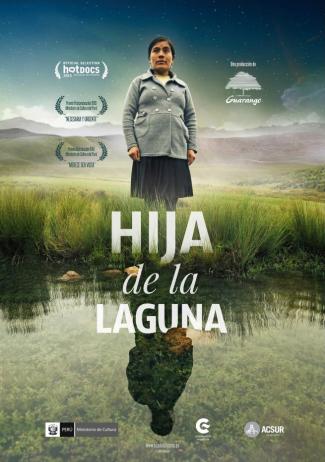 Taste Mexico is a cultural event hosted at Gothia Towers in Gothenburg, devoted to the promotion of Mexican gastronomy, diverse cultures, and art. The 2015 edition included a tequila tasting event, an art exhibition by Loana Ibarra, Mexican dance and cinema, and a wide program of lectures.

Given the success of the event we decided to work on an even bigger and more exciting Taste Mexico in 2016! 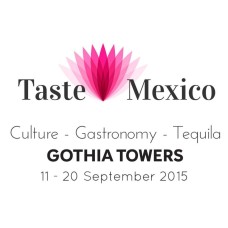 When we at La Vaca Loca Event found out that this band was traveling around Europe, we couldn’t pass on the opportunity of bringing these girls to Sweden!

So we did it! We brought them here and it was a very successful night where Kumbia Queers gave everything to their fans and the whole atmosphere was full of music, dance, love and energy! 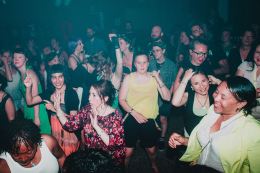 The documentary “Huicholes: The Last Peyote Guardians” is the result of the collaboration between two Huichol shamans – Don José Ramírez ‘Samurai’ and his son Enrique Ramírez ‘Haikuka’ – and Hernán Vilchez, the documentary director. It covers the struggle of the natives in the Sierra Madre Occidental as they battle to protect their sacred mountain, the Wirikuta, and their ecosystem of the destruction caused by First Majestic Silver Corp with its surface mining.

At the event, the attendees received a shamanic blessing from Don José and Enrique, and there was a lecture about how this native group is on a spiritual crusade to protect life, and to document the contradictions of out materialistic world.

This screening was arranged by Kabopro Films and the Association Solidarity with Ayotzinapa- Sweden, at Hammarkullen Folkets Hus, in Gothenburg.

It was a wonderful experience for me to be part of and help  this cause. I look forward to continue to bring awareness to it.

The forced disappearances in Iguala, Mexico, of 43 students, was a series of violent incidents that occurred during the night of September 26th and the morning of September 27th in 2014.

It isn’t clear what exactly happened, but there are strong indications that the students were abducted and executed by a cartel at the orders of the mayor of Guerrero. The police and the  military seem to be deeply involved. Despite international assistance, all but one of the students’ bodies haven’t yet been found.

As a member of the association Solidarity with Ayotzinapa – Sweden, I had the opportunity to work for this cause and we, in collaboration with different groups around the world, arranged a visit to Sweden with one of the parents of the missing students, one student who survived the incidents, and one human rights activist from Mexico.

A seminar was organized at the Museum of World Culture in Gothenburg, so that we could listen to their experiences and accounts of what happened that night. The panel also included Amnesty International representatives, scholars from the University of Gothenburg, and journalists.

This event was extremely important for me because it allowed us to give more international exposure to the human rights issues that Mexico is facing right now. 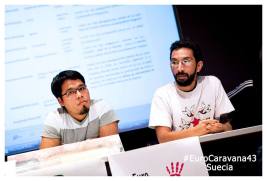 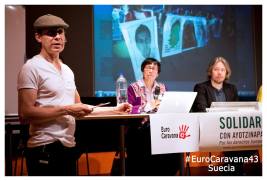