This year I have been working in other themes and applications of the papier-maché technique. My latest finished piece is inspired by jade ritual objects.

This is a series of papier-maché objects and jewelry pieces I made under 2014 and 2015. The patterns were inspired by alebrijes and Huichol design. 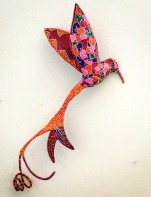 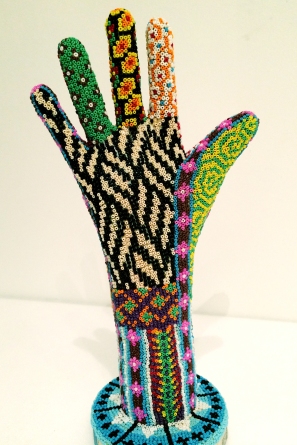 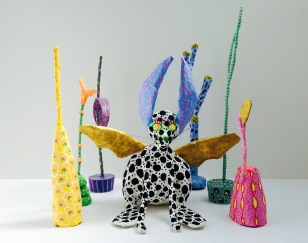 This jewelry collection was inspired by a reflection about Mexico’s economic and social potential in the oil boom of the 19070’s, which wasn’t achieved due to corruption. The material used for the pieces was the book that caused that reflection. 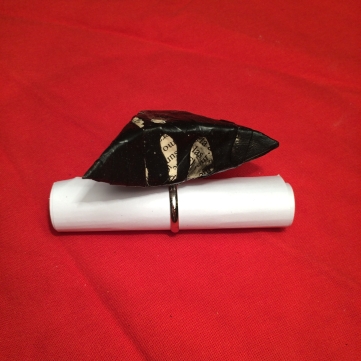